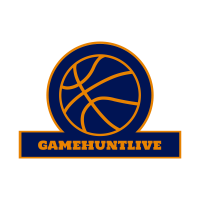 Lionel “Leo” Messi’s ability to keep the ball close to his body and change direction explosively is why he’s widely considered one of the greatest players of his generation. If you want to learn how Messi dribbles, you can start building the fundamental dribbling skills and juke-manoeuvres he uses to up your game to the next level. How to Dribble Like Lionel Messi?

2. Keep your head up. Good vision is essential to good ball control and excellent Messi-style dribbling. Practice keeping your eyes looking up at the action around you, focusing on defenders hips to see which direction they’re moving so you can anticipate the best way to get them off balance or even catch them with their legs spread for a morale-killing nutmeg.

3. Establish a low centre of gravity. It’s almost unfair: Messi is a great dribbler in part because he’s short. Not that height makes you a better dribbler, but he takes more strides per dribble than some other dribblers, and he’s forced to keep the ball close, taking short little quick steps as he moves. Taller players can do the same thing, but it’ll take more practice and helps to centre yourself low, squatting and staying on top of the ball.

4. Keep your arms out. Remember how Jack Sparrow walked in Pirates of the Caribbean, arms out to steady himself? Watch some tape–great dribblers like Messi dribble like that. Keeping your arms bent and slightly out from your body allows you to maintain your balance during quick transitions and changes of direction, keeping yourself in the best position.

5. Get faster. Speed is one of the major keys to Lionel Messi’s style of play and his ball control. Being able to keep the ball close at fast speeds is what distinguishes Messi from average players.

6. Play constantly. In an interview, Messi was once asked what it took to become a great player like him and he said that the key was to love the game and play it constantly. From the age of 3 on, Messi played every day, morning, afternoon, and night. He played inside and got in trouble for breaking things. As soon as he could walk, he was dribbling a soccer ball. Do the same.

Faking Out Defenders How to Dribble Like Lionel Messi

2. Accept passes with the foot farthest from your opponent. When you trap a pass, try to do it by controlling it with the foot farthest away from the opponent. Though Messi often gets close enough to touch the defence, he’s always got the ball closer to him and his centre of gravity than his opponents. To start off on the right foot (ha!), accept the pass and trap it to create space in which to work.

3/ Locate the space. Keeping your eyes up, decide which direction is more likely to allow you enough space to manoeuvre around the defender. His hips won’t lie: Look closely at the defender’s hips to see which direction they’re turned and what he seems to be anticipating you’ll do.

4. Bring the defence in by stepping in the opposite direction you want to go. Control the ball with the foot that matches the direction you’re eventually going to go and take a step with the other foot. Messi’s signature move happens so quick it’s easy to miss, which is why it’s so effective against defenders. Basically, to juke out a defender, Messi takes one stutter-step in the fake direction, feints, and then dribbles in the opposite with the outside of his foot

5Approach the defender slowly. Messi brings the defender in and forces him to reveal his hand and make a mistake before blowing past them finding space. Messi isn’t a flashy dribbler like Ronaldhino or a master of the step-over like Cristiano Ronaldo, he just uses simple changes of direction and ball control to do inhuman looking things.

5Approach the defender slowly. Messi brings the defender in and forces him to reveal his hand and make a mistake before blowing past them finding space. Messi isn’t a flashy dribbler like Ronaldhino or a master of the step-over like Cristiano Ronaldo, he just uses simple changes of direction and ball control to do inhuman looking things.

6. Explode. Drop it into high gear when you decide to switch direction. Blow past your opponent by flicking the ball in the direction you want to go and moving into your quick-dribble that you’ve been practising so aggressively.

Grealish: De Bruyne is the world’s best behind Ronaldo and Messi